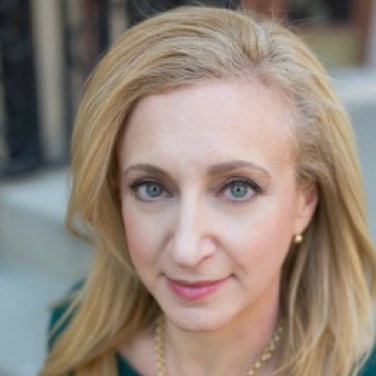 Lara Friedman is the President of Foundation for Middle East Peace (FMEP). She formerly served as the Director of Policy and Government Relations for Americans for Peace Now. As a former U.S. Foreign Service Officer, Lara Friedman served in Jerusalem, Washington, Tunis, and Beirut (and briefly in Khartoum). Widely recognized as an authority on U.S. policy in the Middle East, Congress and the Middle East, Israeli settlements, and Jerusalem, Lara meets frequently with Members of Congress and congressional staff, Administration officials, foreign diplomats, and other members of the foreign policy community. She is a trusted resource for journalists and policymakers, and regularly publishes opinion and analysis pieces in the U.S. and Israeli press, including at the Times of Israel, Huffington Post, Newsweek/the Daily Beast, The Forward, Haaretz, and LobeLog. She also works closely with the Jerusalem expert Danny Seidemann and has participated in Track II peace efforts, including the Jerusalem Old City Initiative. Lara has a BA from the University of Arizona and a Master’s degree from Georgetown’s School of Foreign Service. She speaks French, Spanish, Arabic, and rather poor Italian.

CMEP works to encourage U.S. policies that actively promote a just, lasting, and comprehensive resolution of the Israeli-Palestinian conflict, ensuring security, human rights and religious freedom for all the people of the region.